The WordPress.com stats helper monkeys prepared a 2013 annual report for this blog.

The concert hall at the Sydney Opera House holds 2,700 people. This blog was viewed about 11,000 times in 2013. If it were a concert at Sydney Opera House, it would take about 4 sold-out performances for that many people to see it.

The introductory chapters of Matthew are largely wrapped around OT passages.  Some are cited as fulfillment, others are cited as history (genealogy) and allusions to Israel’s history.  Here is a worksheet I made for my adult class.

Jesus Identity Mt 1 to 4 – without answers – do it yourself

I have carved a few nativity figures.  The Nativity scene as we know and celebrate it has its roots in the ministry of St. Francis.  His love of nature and animals has made some impact on our Christmas decorations at least.

In this poem, C. S. Lewis imagined the story through the eyes of the creatures of the nativity.

I see a glory in the stable grow

Give me an ox’s strength

Among the asses (stubborn I as they)

I see my Savior where I looked for hay;

So may my beastlike folly learn at least

The patience of a beast.

Among the sheep (I like a sheep have strayed)

I watch the manger where my Lord is laid;

Oh that my baa-ing nature would win thence 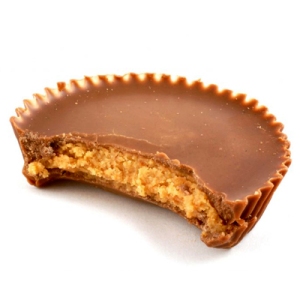 There used to be Reese’s commercials with two people crashing into each other. One had a chocolate bar, the other a jar of peanut butter.  The result?  A Reese’s Peanut Butter Cup.

Jesus was born of Mary – fully human.   Jesus was conceived by the Holy Spirit so he is “God with us” – fully divine.  He does not become less divine, nor does he become other than human.  He is both.

A Reese’s lasts for a moment, Jesus lasts forever.

I love this poem.  1st Century Palestine was not filled with precious moments figurines, but busy people trying to make a life under the leadership of Rome, masters of power.  The world today is also not such a safe place.  I once had a friend honestly say that he did not think it was right to bring a child into such a troubled world.  The Almighty did not think that way…

The Risk of Birth

This is no time for a child to be born,

With the earth betrayed by war & hate

And a comet slashing the sky to warn

That time runs out & the sun burns late

That was not time for a child to be born,

In a land in the crushing grip of Rome:

Honor & Truth were trampled by scorn—

Yet here did the Savior make his home.

When is the time for love to be born?

The Inn is full on planet earth,

And by a comet the sky is torn –

Yet love still takes the risk of birth.

“Do not speculate beyond the text.  Do not require of it something more than what it simply says.  Do not ask, ‘But precisely how was it that the Spirit accomplished this in a virgin?”  For even when nature is a work, it is impossible fully to explain the manner of the formation of the person.  How then, when the Spirit is accomplishing miracles, shall we be able to express their precise causes? ….’I know nothing more,’ he in effect says, ‘but that what was done was the work of the Holy Spirit.’”

Dear blog-pals, you know by now that I really like my University of Wisconsin library card.  I had to return some books, which is of course an occasion to find some more. In exploring the Matthew section (BS 2575.3) I found some other commentaries.  I have found it worthwhile to read from scholars who are not from my own “school.”  In other words, I cast a wide enough net to catch fish from several schools.  We can fall into habitual reading where the eyes see but the mind glides across the surface.  Reading some other school authors can sometimes provide a surprise.

Matthew by Douglas R. A Hare in the Interpretation series by John Knox is one example. In talking about the birth narrative in Matthew 1:18-25, he was adamant that Matthew was not speaking philosophical theology, and that one should refrain from plunking your Nicene Credal thoughts into the text.

“…In Hebrew, immanu means ‘with us’; El is a short form for the word for ‘God’.  Again, we must be careful not to read this through Nicene glasses.  In its Matthean context it focuses not on Jesus’ essence but on his function in the divine plan of salvation.  At no point in his Gospel does Matthew betray any interest in the philosophy of incarnation.  It remained for the Fourth Evangelist to ponder the metaphysical implications of the conviction that God was in Christ reconciling the world to himself and to articulate this deepest mystery of the Christina faith in his startling declaration: ‘and the Word became flesh and dwelt among us.’ (John 1:14)”

Well, I disagree that Matthew is not that interested in issue of the essence of Jesus as human and divine (Nicene Creed).  I find a number of ways where Matthew highlights the divine nature of Jesus in his narrative.  See below where I have underlined them.

18 This is how the birth of Jesus the Messiah came about: His mother Mary was pledged to be married to Joseph, but before they came together, she was found to be pregnant through the Holy Spirit. 19 Because Joseph her husband was faithful to the law, and yet did not want to expose her to public disgrace, he had in mind to divorce her quietly.

20 But after he had considered this, an angel of the Lord appeared to him in a dream and said, “Joseph son of David, do not be afraid to take Mary home as your wife, because what is conceived in her is from the Holy Spirit. 21 She will give birth to a son, and you are to give him the name Jesus, because he will save his people from their sins.”

22 All this took place to fulfill what the Lord had said through the prophet: 23 “The virgin will conceive and give birth to a son, and they will call him Immanuel” (which means “God with us”).

24 When Joseph woke up, he did what the angel of the Lord had commanded him and took Mary home as his wife. 25 But he did not consummate their marriage until she gave birth to a son. And he gave him the name Jesus.

What interests me is the idea of Function.  Why and to what purpose was Jesus conceived of the Holy Spirit?  That is answered in v. 21 “…you are to give him the name Jesus, because he will save his people from their sins.”  I think it is probably true that Matthew’s main interest is the Function of Jesus to be the Savior.  He is an evangelist, not a philosopher.

Thus my sermon was born around the two ideas:

This Advent I am preaching twice on the genealogy of Jesus found in Matthew 1:1-17.  It turns out to be pretty interesting.

In verse 1 and 17 Jesus is linked to Abraham, David and the Babylonian captivity.  This is how the family tree breaks out in the verses between.

So the family tree shows a parallel to the history of salvation;  Creation, fall and restoration.

There are three important titles:  son of Abraham, son of David and Christ.   Jesus was born to fulfill the calling to Abraham to be a blessing to the nations, he is to be a good ruler from the line of David who brings peace to the nations, and he is the Anointed one – the Messiah who was promised from the prophets on.

Then there are these odd additions to the family tree.

So the Gospel comes as a fulfillment of the historic promises of God to Abraham and David.  It is also a promise that the Messiah comes as part of the history of sinners.  He did not come to a world that looked like most Christmas cards, but to one that looks like the real messy world we actually live in.

The mission of Jesus is for messy people.  Good thing that.