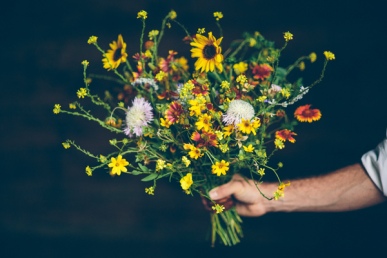 Sin is a word without much meaning in our culture.  It seems very old fashioned.  Does anyone understand what it means to “live in sin.”  Do we agree that we “sin in word and deed”?

Here in Wisconsin we have lots of words for winter weather – we could just say cold, but we can also say sleet, snow, heavy snow, blizzard, thunder snow (yes that exists), frost, frozen rain, powder, slush, wet, dry, and so on.  Why so many ways to talk about it? because we have it from mid November to Spring. (Basically from the end of the World’s Series to Spring Training.)

Blessed is the one whose transgression is forgiven,
whose sin is covered.
2 Blessed is the man against whom the Lord counts no iniquity,
and in whose spirit there is no deceit.

and forgive us our debts,
as we also have forgiven our debtors.

and forgive us our sins,
for we ourselves forgive everyone who is indebted to us.

The Bible is the Word of God and it was written by people who were very concerned with a life with God and under his blessing. Hence words that relate to God are common. “theo-logical” – means god (theo) words (logoi).

So while we don’t have “sin” in our cultural vocabulary, we have other words:

So we do believe in sin, but we see it human centered, or centered specifically against ourselves.  We do not see it so much as against God.

Yet, he is not far from us.  We let him sneak back in whenever we talk about justice or fairness.

We’ve been talking about prayer this season. Here is a page on setting up a basic time for prayer.

Click link for a copy of the worksheet:   quiet-time

There are a lot of parts to a prayer life. We can make it complicated, or we can keep it simple.  Here is a simple place to start: HELP

HAVE a place and time

LISTEN to the word of God

(Grace: it can be helpful to forgive yourself if you miss a day. It is worth considering an option like taking a walk, listening to gospel music, enjoying a hobby…) 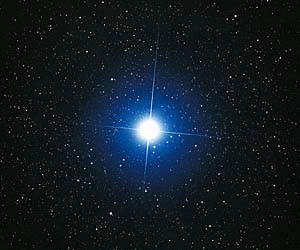 In a sermon series on the Lord’s Prayer (Matthew 6:9-13) I have been using an idea derived from Martin Luther’s letter to his barber on how to pray.  This is available as an article fro Inter Varsity Press in a booklet called “Martin Luther’s Quiet Time.”

The following extract from a sermon explains….

I have also shared and modeled a way of praying through the Lord’s Prayer. This comes from Martin Luther’s teaching on prayer.   He said that we can take a part of scripture, such as the 10 Commandments or the Lord’s Prayer and turn it into a pray by these easy steps.  First to State the teaching, “Lord you have taught us that we can come to your as our Father.”  Then we can thank him, “Lord we thank you for the privilege of prayer that we can come to you and you will welcome us and delight in us as a parent delights in a child.”  Then we can Admit our wrongs, “Lord we act as orphans in the world. We act as if we are on our own and do not look to you for guidance or for help in times of trouble.”  Then we can Request. “Lord, please let our lives be a reflection of your love and personal care for us.”

This STAR outline can help us in our prayer. We can use it whenever we respond to Scripture.  I have modeled it in each sermon of this series so far, and will do it again today.

I got to think of ways in which we use and misuse the name of God.

What’s in a Name?

He calls by name

We call on his;

Saved by his name

Baptized in the name of

Call on his name

Ask in his name

That needs be less

Praise to his name

With lungs and life,

With all the rest

To a comma or a curse,

Give honor to him

In deeds and words.

“Our Father in Heaven…”

We hear this in general. We might refer to fellow Americans as brothers or sisters. Soldiers may refer to brothers in arms.  One person may refer to another person of the same race, or of the same team as a “brother” or a “sister.”  I have not argument with that in general usage.  It is true that we should view all of our fellow citizens as a kind of family.  Everyone in American should get the same family privileges as everyone else.  The Pledge speaks of “liberty and justice for all.”

the Bible uses the expression of Father in a different way.  Not all people can call God their Father in this sense.  That is because the world as a whole and individuals in their lives start in life as foreigners, exiles and even enemies of God.  The Gospel invites those who are far away to come near.

Consider Prodigal son.  You know this story.  A  Father had two sons. The younger one asked his father to give him his inheritance. This was an incredibly rude thing to do; it amounted to him saying “I can’t wait for you to die.  I want my money now.”  The Father gave him his money and the son blew the wad on wild living.  Soon he was feeding the pigs of a farmer in a foreign land, which would be a bad occupation for someone Jewish. He even began to steal food from the pigs.  That is as bad as it got.

He said to himself, I’ll go home.  Even dad’s servants have it better than this. I’ll go home and ask to be a servant.  As he approached home, his Father ran out and embraced him; he gave him a robe and a ring to show his dignity as a son.  He welcomed him back.

We are not children of God by nature. By nature we are lost, like the prodigal, each in our own unique pig pen.  We are created  and loved by God.  We are far off and away from Him because of our own choices.   When we return we are adopted as sons and daughters.   We are sons and daughters who are welcomed and celebrated.

Jesus invited followers to pray to God as our Father.  This is radical.  We are not alienated sinners any longer. We are the adopted children of God.

I have over the years enjoyed British pastor/theologians.  Among those who find a place in my library are John Stott,  Martyn Lloyd-Jones and J. I. Packer.  It can’t be the accent, because there are paper books.  It has to do with a commitment to scholarship for the church.  They avoid the error of scholarship for scholarship’s sake – the Bible was not sent to us for analysis only.  It avoids the error of simple mindedness – as one of these authors titled a book, “Your Mind Matters.”

Here are two quotes on the value of the Lord’s Prayer as a model for praying.

“So the Lord’s Prayer should be put to service to direct and spur on our praying constantly.  To pray in terms of it is the sure way to keep our prayers within God’s will; to pray through it, expanding the clauses as you go along, is the sure way to prime the pump when prayer dries up and you find yourself stuck. We never get beyond this prayer; not only is it the Lord’s first lesson in praying, it is all the other lessons too. Lord, teach us to pray.”

“The Lord’s Prayer covers everything; and all we do is to take these principles and employ and expand them and base our every petition upon them. That is the way in which it is to be approached.“

So my kids know that when I edit their essays, it will be to bust up sentences and to kill any passive verbs.  Now I come to find that Pv 2 is one sentence in Hebrew.  Of course this is a bit subjective, in that the punctuation is a later addition to the text.  But, lets go with the idea that the Masorites knew biblical Hebrew better than we do.

The form is 4, 4, 3, 4, 4, 3.  this makes 22 verses, the same number as letters in the Hebrew Alphabet.  This is not an acrostic, but the sections in the first 11 verses start with a particle “if” which is formed with the first letter of the Hebrew alphabet (aleph), and the second 11 verses has a conjunction at the start of each section starting with the letter lamed, from the middle of the alphabet.

V. 1-11 advocates with 8 verbs the searching out and valuing of Wisdom’s words (nice turn of the tables on Wisdom searching the streets in the close of chapter 1).  The result is fear of the lord and knowlege of God.  (reverence/awe and relationship/faith) as well as protection.

V. 12-22 delineates how wisdom protects from a deceitful man and a smooth tongued seductress, ending with a 3 verse conclusion.

Another interesting NT echo is v. 21 and Jesus’ “the meek shall inherit the earth.” in the Beatitudes.

Pursue Wisdom intensely and She will guard you immensely.

Once after a long sermon series a member wondered why there was not a summary at the end.  So this week, at the end of the SOM, here is a summary.  It also fits the final verses of the text which call the reader not only to be aware of the words of Jesus, but to listen to them.

Sermon on the Mount Outline  is here: summary-of-the-sermon-on-the-mount   The texts of the sermons are available at www.bethanyfreechurch.org under “recent sermons”.

What I am now going to work on is a 50day study, suggested by the comments of U. Luz that the Lord’s Prayer is the center of the sermon.  It would see that a study of the 7 parts of the prayer by means of the various parts of the sermon would be a good spiritual exercise.  Stay tuned.  An outline of that idea is here:  lprayerdiagram

H. Shepherd* claims that there is a strong connection between James and Matthew – especially the Sermon on the Mount.  Here are his 8 divisions of James (key verse in italics) and the passages from the Sermon.

So here is what FR developed.  The possible connections between the prayer and the units of the SOM are pretty endless.  The Sunday Class found about about 2x as many as we did initially.  Unfortunately someone erased the marker board!

Fresh Read
Create a free website or blog at WordPress.com.